So many thoughts on this:
1. Who really cares 7 years later?
2. 1998-2011 that's a long time. A lot of drugs. A lot of people. Impressive that they weren't really caught.
3. Any find it interesting that contadors home country finds him innocent (although he was found guilty) and armstrongs country bans him?
4. Who is really surprised?
5. How many guys did he beat that weren't doping? Like legitimate contenders?

My first thought is why are we spending millions investigating someone who isn't racing as a pro anymore? Could your taxpayer dollars not be better spent catching people who are still racing? And just to clarify, he isn't guilty of anything. They are investigating him. He is choosing not to spend millions of his own dollars defending himself...again. Did the US Government reimburse him last time for all of the lawyer fees he incurred only to be cleared of all accusations? Nope. He would break himself defending himself if they have their way, and there is no point. 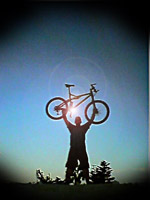