Anyone register for any cyclosportives yet?

I've signed up for Flanders, and L'etape thus far. But thinking the Paris-Roubaix Challenge and Frankfurt Velotour, and La Philippe Gilbert in April.

Got a lemond revolution on ebay, hoping it gets me to lose some beer weight!

I just put in for the Amstel Gold lottery. I created a team, KMC Cycling for people to join. Sounds like there is a better chance of getting in as a team. I was looking at the 150km, but could be talked into going farther. Registration ends on January 15th, event is April 13th, 2013.
[You must be registered and logged in to see this link.]

Would really like to do Amstel Gold. Haven't heard much about the Paris-Roubaix sportive...anyone else? Tour of Flanders is always fun.

I plan on Flanders, Amstel is during spring break so hopefully I am somewhere warm, but Roubaix sounds interesting. 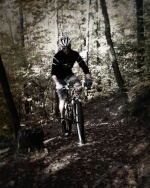 Rode both last year:
Amstel: Course is decent, with a lot of choices. However, probably one of the best organized events i've ridden. Huge party at the finish line, and the Cauberg and Keutenburg have a ton of fans.

Roubaix: Most satisfying sportive i've rode. Last year was one course from Saint-Quenten to Roubaix. This year it seems the route is leaving Roubaix. Forest of Arenburg was insane, since the road is traversed by fans and their is a partition seperating riders from the dirt, leaving you to slug it out on the cobbles. Lots of work but finishing in the velodrome was probably the best feeling I've had on a bike in a long time. Same folks who organized Flanders (Golanzo), so its well run.

You should also consider Liege-Bastonge-Liege as well. Well run race and super tough. Hailed on twice during the ride last year.

Eddy Merckx Gran Fondo is also a good one (June/Belgium). Another good nearby one is Le Trois Ballons (June, France).

I want to get more involved with the road bike this year. I am game for any event, though I need to take my bike out for a long ride and see how it feels. 95km on the fully is murder, I am guessing not quite so bad on the road? 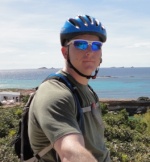